All this week I’d felt encouraged by the voices I’d heard come from the Anglican Church. There was an open letter sent to the bishops, signed by over 100 prominent church members , in support of LGBT inclusion and condemning the actions of the past.

… we, the Church, have failed in our duty of care to LGBTI members of the Body of Christ around the world. We have not loved them as we should, and have treated them as a problem to be solved rather than as brothers and sisters in Christ to be embraced and celebrated. We have made them feel second-class citizens in the Kingdom of God, often abandoned and alone.
(http://www.thinkinganglicans.org.uk/archives/007158.html)

That’s great I thought, at last there’s movement in the right direction. And then today the Primates, (The 38 bishops and archbishops that represent the provinces of the worldwide anglican union), censured the Episcopal church in the USA for supporting same sex marriage. They’ve basically locked them out of any church processes for the next three years.

Living in Brighton I do wonder whether there’s a place for MCC. There are so many welcoming, even affirming churches around. And although the official stance of the Church if England isn’t positive I’ve met many ministers who quietly affirm their LGBT church members, even if they’re not a member of the LGBT* community themselves.

But then I remember that Jesus didn’t just support those on the margins, he openly identified with them and saw himself as one of them. He ate with ‘tax collectors and sinners’, Mat 9:11, a very public way of showing solidarity. He said ‘That you did it to the least of these, you did it to me’ Mat. 25:40. Jesus never saw any people as ‘other’, but simply as part of his family – and removed whatever obstacles kept them from communion with everyone else.

Our job is to be openly who we are, including followers of Jesus. Whether we’re straight or gay, lesbian or bi, trans or cisgender, our job is to be who we are in relationship with God and with each other. We are witnesses to God’s inclusive love and all embracing nature, Acts 1:8, living it in our lives.

The Anglican church is still trying to work out whether or not it should embrace same sex marriage, most of it adamant that it will not. Seriously, instead of asking whether or not they approve I’d be much more impressed if they asked whether God is present in these relationships, whether God approves. You don’t find that out by interrogating your bible or your traditions, you find out by being in genuine relationship with people. Jesus knew this, and lived this.

I’m desperately disappointed in the stand of the Anglican Primates, and so glad that my spiritual home long ago answered this question for itself. I’m proud that MCC didn’t just look at this issue in isolation; it did so recognising that the attitudes of many Christians are based on a patriarchal and sexist view of the world that is informed by some of the most fundamental building blocks of the church. These building blocks need to change if the church is to be relevant to real life, or the story of Jesus just becomes another version of the emperors new clothes. Seriously, if it’s not real then what’s the point?

I believe that we need to be out there in the world, anachronisms and stumbling blocks that many of us are, being the change we want to see happen. We are the proof that many Christians do not want to see. We are the proof, in our own lives or the lives of those we love, that God blesses same sex marriage, blesses LGBT* people – LGBT* relationships, families, and friends – blesses our lives without exception. We are the light on the hill, the shout that goes out from the rooftops, needed as much today as it was in Jesus day.

In the USA I suspect there are episcopalians who are upset and others that are pleased to have caused a stir. As they move forward I applaud them all, and pray that God blesses them. 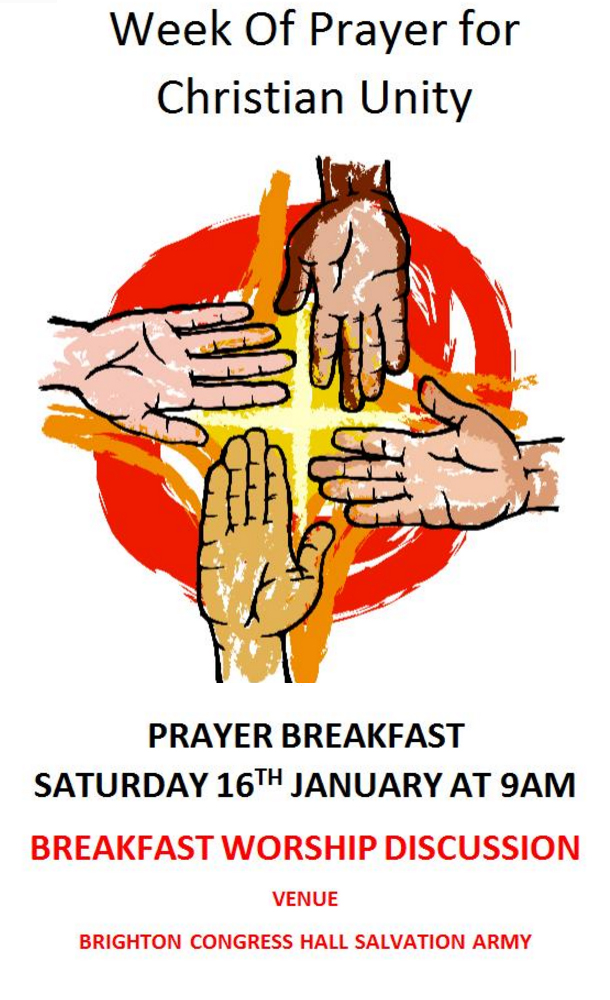 PS. There is a prayer breakfast arranged by Churches Together taking place tomorrow, (Saturday 16th January, 9am at the Salvation Army hall by The Level ). I’ve copied details below so if you’re free you can join me in supporting it.