Brandan Robertson at The Village MCC 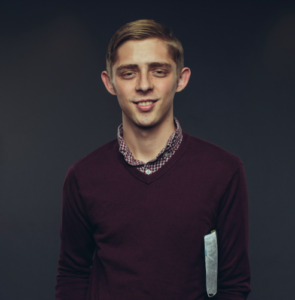 I am so excited that Brandan Robertson is joining us on June 8th. It turns out that Brandan and I have a number of mutual friends in the USA, and he’d heard about the village MCC whilst working in the Washington DC area where I did some campaigning. I couldn’t believe it when he said that he’d like to come and speak in Brighton, he is such cool guy!

Originally Brandan was the evangelical poster boy, until he was outed in Time Magazine. After a period of discernment he still felt a strong to call to ministry and so he’s been fighting openly for LGBT inclusion within the evangelical church. With connections like Richard Rohr, Phyllis Tickle, Robe Bell, and Brian McLaren he has an impressive pedigree.His new book is about being a spiritual Nomad, about finding our way in the wilderness and meeting God there. I know he’ll speak about it a little, as well as the work that’s being done in the USA. When it seems that the Republican party (often referred to as the G.O.P, the Grand Old Party) is going to be putting Donald Trump forward for president, you know that the USA is in for one heck of a ride. I can’t imagine what it’s like to live there right now, and how scary it must be if you’re Muslim, or Mexican, or even a liberally minded Christian. I can’t remember when I’ve seen such hateful and dumbed down rhetoric used in politics. Even the likes of Nigel Forage seem to shy away from outright bigotry, veiling it in couched language. Not so Mr. Trump, who uses bully tactics and fear as a core tactic.

I got a bit off topic there, but you know what I mean about living in turbulent times. The church is at a crossroads and the path into the future is not a clear one. Fundamentalism flourishes, often with a fear based doctrine, whilst the liberal church often seems to lack a sense of direction. Those saints that call for peace and inclusion, like Brandan, are the voices of sanity in the church and I believe need to be supported.

My hope is that we will create the opportunities to discuss ways forward for The Village MCC, finding new and exciting ways in which our local vision can be made a reality. How can we become more relevant to the communities we serve? Come and meet Brandan, hear his story and see his vision. Who knows, it may become a part of ours.