Home Brighton Filtering out the noise.

Filtering out the noise.

The storm rages about you, a maelstrom of information sweeps about like so much debris. The news at 6 with all the international horror and sadness, followed by the regional news supplying the local flotsam of negativity. Facebook video clips showing the mistakes people have made, or the insensitivity of leaders, followed by a kitten snuggled up with a labrador. Messages that sweep in, not from one source but many.  From rivers of email, the tributaries of personal accounts and church accounts to Whatsapp and Messenger, Twitter and Instagram, Meetup and Streetlife, E-bay and Amazon, texts and Skype, the Rill and brackish waters that run into a delta so wide it requires constantly dredging just so it can be navigated. The land line, the mobile phone, good old fashioned post. No single stream to sit idly by and watch pooh sticks float by in leisurely competition, this is a tempest of information, the white noise of a river’s rapids within which critical elements are folded into a cacophony and often lost. The earthquake, the fire, the storm, on so many levels. 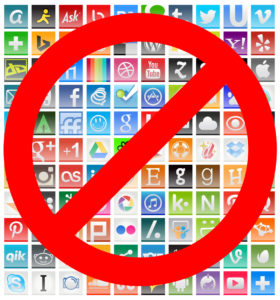 I started with a Facebook holiday, and I don’t think I’ll be going back. Then I stopped watching the news. Next I have decided to replace the home answering machine with a message to call my mobile, (there’s a message service there if I’m not available). I am in the process of bringing all my email accounts into a single app so I see everything that comes in at a glance. I deleted the Skype app on my phone and although it’s on my PC I only turn it on when I am expecting, or want to make, a call. Little steps.

The flow of information may have slowed but it’s taking a while for my mind to quiet. I think there’s an addiction of sorts that goes with such a flow of ‘stuff’. It feeds my ego, tells me I’m important and needed. I’m good because I respond to texts quickly. I’m competent because I can reply to an email on my phone. I’mclever because I don’t miss anything. Except I sometimes find a text that is days old, lose an email to the ether, and have missed vital messages. Try harder Michael, it’s a sign you’re getting old.

No, I tried harder and it got worse. Perhaps the only way to win is not to play the game; To cut off the flow feeding the storm and fall out of the loop. Be prepared to back away from the turbulence and chaos, find a quiet little stream to sit by. Maybe throw a pooh stick in once in a while. Replace the words Social and Mediawith messages and notes.

After a couple of weeks it’s getting easier. The panic is subsiding and the breath is returning to my lungs. My head is starting to let go and the noise level is dropping. My ego has a little tantrum now and again. Heck, let it.

…………Interestingly this morning I took a little time out to pray, and then to just sit and be quiet. And in the stillness I could have sworn I heard someone whisper Where have you been?