I apologise that this blog has been a bit hit and miss of late. I’ve taken a part time role as a funeral arranger to supplement my income and didn’t realise that to begin with they would want me five days a week for training – straight after Pride and just before my niece’s wedding in Scotland. It’s a huge learning curve, not only the company procedures but a new vocabulary. Fortunately I’ve been able to keep most of the balls in the air, in no small part because of the help I’ve had from all of you. Thank you so much to Robert, Nigel, Keith, and many others of you who have stepped up to ensure that worship continues as usual whilst I’m away at the network gathering and for the wedding.

The European network gathering at the weekend was at The Ammerdown Retreat Centre near Bath. Because I’ve only been back in the UK a couple of years I have 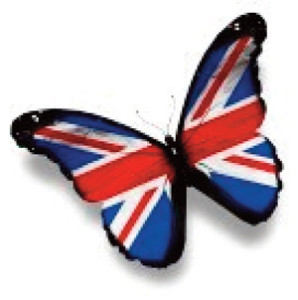 n’t seen many of my European peers in well over a decade. It was lovely to catch up with Max and Lewis from Edinburgh, Jane from Glasgow, Jak from East London, Timmy and Bob who worked for many years with Rev. Elder Jean White in South London, Cecelia from Newcastle, Jochen and Axel from Germany, Steven from Birmingham, Mia from Torbay, Kevin from Dorchester, Rev. Elder Darlene Garner from the USA, and so many more. There were also new friends to make from Finland, Sweden, Italy, and Spain where emerging churches are thriving. Then there were local friends like Wendy Burgess, (who went as The Village MCC lay representative), and her spouse Sarah, who helped to fly the Brighton flag.

The Pastor’s retreat day was led by a URC regional leader from Scotland who was amazing. There were workshops on the latest HIV treatments, meditative ways of engaging with our spirituality, and the structures within MCC. In the evenings the worship was rich and diverse. I led morning prayers on Saturday where we sang Taize, albeit sleepily.

There was also a lovely heated outdoor pool on the grounds where around a dozen of us had lots of fun with a smorgasbord of inflatable toys. The funniest thing to see was a competition to see who could stay on an inflatable dinosaur that had so obviously been designed for a ten year old and not a fifty year old! In the evening we sat in the bar and shared stories from our churches. There’s so much good work going on around our network and lots of fascinating stories. For example in Stuttgart there are brass name plaques outside houses that stand as a reminder that someone in that house was taken away bu the Nazi’s. Our church there polishes these plaques to make sure that the names can be read. What an incredible ministry!

MCC Churches are all so different. Some churches like The Village MCC and Our Tribe in Edinburgh have ministries that focus on varied needs of local LGBTQ communities, whereas others like MCC North London and Journey MCC in Birmingham are specifically focusing on the needs of LGBTQ asylum seekers. Yet other churches like MCC Brighton and MCC Torbay see themselves as inclusive, but not called primarily to minister to a specific community. We are all very different, and that’s before we begin to talk about styles of worship! MCC is a tapestry of churches that each have their unique flavour. It makes for an interesting journey as we support one another and learn from each other.

I bring you the love of our sibling European churches, as well as their prayers. They are praying for us, just as we pray for them. Together we work towards inclusion and a world where, regardless of sexuality or gender expression, all receive a ‘no strings attached’ welcome at God’s table. We’ve come a long way, but we have a ways to go yet.

I’ll be back at the end of the month with stories of Scottish weddings and the varied delights and challenges found in extended family relationships. Until then we are meeting as usual at my home tonight (Tuesday 18th August) – but not next Tuesday, 25th August.

I hope as we grow into the church God has called us to be that we can form relationships with other MCC’s and experience here at home what it’s like to be a part of something so much bigger than ourselves.