Home Brighton Not there yet 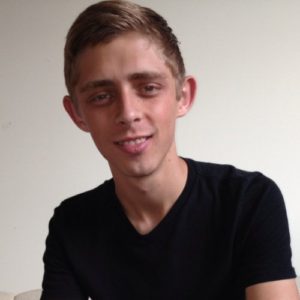 Last night Brandan Robertson spoke to a group of us at the Somerset Day Centre. It was a moving and heartfelt presentation followed by some really interesting Q&A. Brandan spoke of his own journey, how he was outed by TIME magazine when he hadn’t even yet even told his parents about his sexuality, and how his spirituality had deepened and grounded him throughout the process. He talked about how easy it is for some Christians to demonise the LGBTQ community, but then how easy it is for the LGBTQ Christian community to demonise those Christians in return. Brandan spoke about his hope for change, a change grounded in common experience and Christ’s love.

Near the end of the evening a latecomer joined us. He’d seen the event advertised and wanted to speak to Brandan. He was a local pastor and seemed to be genuinely interested in Brandan’s work.

Only later did Brandan tell me why the minister was there. It was to tell Brandan that he was a false teacher, that he was leading people to hell, and that he should stop ‘pretending’ to be an evangelical Christian. For Brandan it was certainly not a pleasant experience, and not one I’d foreseen here in Brighton. After all, we’re in the heart of a very liberal and diverse city. Live and let live! Unless, apparently, you dare to call yourself a gay evangelical Christian.

Sometimes I forget that The Village MCC is needed so much in Brighton. We don’t just dare to say that you can be LGBT and Christian, but that you can be LGBT and Evangelical. LGBT and Pentecostal, LGBT and Catholic, (in both sense of the word). St. Peter said “I truly understand that God shows no partiality, but in every nation anyone who fears God and does what is right, is acceptable.” And I believe that with all my heart.

Of course someone will say ‘but it says there ‘does what is right’, and the bible says that same sex relations are wrong”. Which is probably true – along with eating shellfish and having a tattoo. And if you want to live your life by a set of rules made 3,000 years ago in the old testament, or even 2,000 years ago in the new testament, then be my guest. But be aware that the Apostle Peter had his belief in the rules very dramatically overturned by God, leading him to say the above words.

The lesson I’ve learned from the Apostle Peter, the Apostle Paul, and from Jesus himself, is that God is the one who makes the rules, and is still doing so!. It’s not my job to tell God what God can and cannot do, it is my job to follow Christ by seeking out and following the leading of the Holy Spirit. I believe that the question to ask is not “does this conform with what I believe” but “is God here, and if so then what is God doing?”